The Barile Lab featured in “A Healthy Revolution” by Agilent Technologies 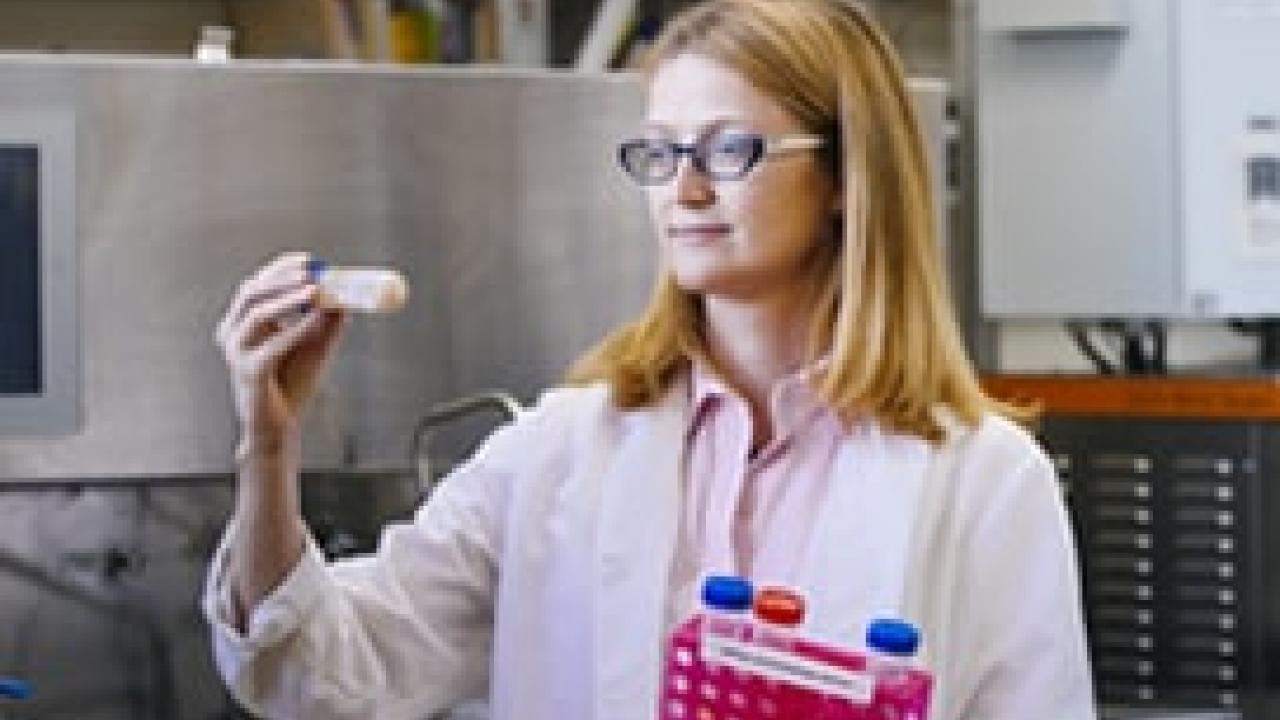 Daniela Barile is concerned about a disturbing trend: an increase in chronic diseases that are affecting people in all parts of the world. Conditions such as irritable bowel syndrome, inflammatory bowel disease, lactose intolerance, gluten sensitivity, and Crohn’s disease.

“My research is focused at the interface of food and health/disease,” she explains. “We use disease as a model, but we are more about prevention than treatment. This is not a case where we are waiting for a disease to happen and then there is one single drug or combination of a few molecules that will treat the symptoms or treat the disease. We want people to be healthier from the start.”

To that end, Barile, a scientist at the University of California at Davis, is collaborating with researchers from universities and food companies around the globe—along with helpful application scientists from Agilent.

She and colleagues at the UC Davis Foods for Health Institute decided to start where life and nourishment begin for all of us, with newborns and their mothers’ milk. Of special interest is a component of breastmilk that isn’t intended for the baby at all. Instead it feeds helpful bacteria (but not the harmful kind) in the baby’s intestines.

She notes that many common disorders are driven by a microbial imbalance in the intestines. But that isn’t well known. Even if it was, you couldn’t very well go to your doctor and request a full metabolic profile of your stool.

And yet changes to the microbiota can have dramatic effects.

“If you put bacteria from an obese person into a lean person, the lean person will gain weight—and vice versa,” she says.

Barile notes that even adults stand to benefit if the ingredient—a very specific oligosaccharide—could be added to their food or taken as a supplement.

I’m talking about adults doing chemotherapy, and about elderly people who undergo long antibiotic treatments that destroy all the bacteria in their guts,” Barile says. “I’m talking about the majority of people who are dysbiotic, who have an imbalance of bad bacteria predominating over beneficial bacteria.”

Unfortunately, scientists had already concluded that the beneficial oligosaccharide was not represented in milk from cows. Except for Barile, that is. She felt sure it must be there.

“When I initially started my investigation, the odds were all against me,” she says. “There were already some papers published on oligosaccharides in bovine milk, and they were all saying, ‘No, there’s no chance. The oligosaccharides are too simple, too low abundance. Bovine milk is not a viable source.’ But I still wanted to look for myself.”

Sophisticated instruments from Agilent, which she describes as especially well-suited to discovery, enabled her to find more than 60 oligosaccharides in bovine milk, many with similar structures to those found in human milk.

“But you cannot just tell the dairy industry, ‘Stop selling milk, because I want to extract oligosaccharides.’ To extract one low-abundant molecule, you pretty much need to destroy the original material because you have to eliminate the lipids, eliminate the proteins, eliminate this and that,” Barile says.

Fortunately, there appears to be a way around all that.

It so happens that, for each pound of cheese a dairy makes, nine pounds of whey, a byproduct, are left over. So now the industry is extracting whey protein, which is excellent for building muscles,” Barile says. “But in extracting protein from whey, they are generating another waste called whey permeate, which is hard to dispose of. It’s not environmentally friendly and it has no value—they thought.”

After all, what could still be left? It turns out that the molecules Barile wants are so tiny they have slipped through all the filtration systems of all these processes.

“To make a long story short, we have developed our methods, guided by analytics, and we have collaborated with a lot of dairy companies that are now interested in extracting these oligosaccharides from whey permeate,” she says. “They have worked with us to scale up and produce kilogram amounts of this purified oligosaccharide so we can do important studies to demonstrate that only the beneficial bacteria can grow and pathogens cannot grow.”

Barile was part of a multidisciplinary team that worked on understanding the potential benefits of whey oligosaccharides in undernutrition. The results, recently published in the prestigious journal Cell, demonstrated that whey oligosaccharides dramatically improved growth and healthy metabolic processes in animal models simulating the condition of malnourished infants. The study also found that the commercial prebiotic inulin, used as a control, was not effective—showing that not all prebiotics are the same and reinforcing the need for accurate analytical characterization.

The next step? Build on what they have learned while analyzing milk to create a more universal profiling method for food in general.

“In the end, we believe that analytics can help us revolutionize food processing,” Barile says. “Then what were waste products become coproducts.”